Sorry — I just wanted to see this:

Posted by Victor Koman, PhD at 1:49 PM No comments:

The View has its value -- it allows us to see the insane, hateful face of those who would deliver us to the enemy. ABC.com only allows 500 character e-mails, so mine was necessarily brief and far softer in its demand than I could have written:

Rosie has gone too far. She is aggressively defending a murderous terrorist and implying that he -- who granted no mercy to the 3000 dead on 9/11 -- is the VICTIM of American justice rather than the proper recipient of it. Her words go far beyond entertainment or commentary. She is a conscious apologist for an enemy who would not hesitate to kill us all, and I will boycott Disney until she publicly and SINCERELY apologizes for her hateful, traitorous support of the enemy of all that is decent.

Does she really think that Khalid Sheikh Mohammad will love her for defending him and refrain even for an instant from slaughtering her and her family along with the rest of us if he could? Does she think radical muslims would be tolerant of her and her lifestyle out of gratitude for her betraying and denouncing her fellow countrymen?

Don't liberals get it that someone who would plot to kill Jimmy Carter -- a recently professed opponent of Israel -- doesn't care what positions infidels take? They merely consider her one of what Lenin called the "useful idiots."

Tom Selene -- In the Arms of Eris 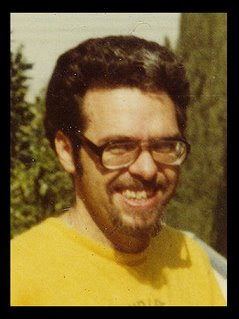 This is getting depressing, writing about friends who have died. I'd been wondering about former AnarchoVillage inhabitant Tom Selene, on whom I'd based a character in my novel The Jehovah Contract. I tried ZabaSearch, but that turned up nothing (not surprising, when trying to find an anarchist). I Googled his name and found this mention of him from Rancho Todos Santos, which mentions that he passed into the waiting arms of Eris, goddess of Chaos, on June 26th, 2006.

Tom was a valuable source of information about pharmaceuticals and the Ordo Templi Orientis. In fact (if I recall correctly), it was through Tom that I first met my friends in the OTO (Lon DuQuette, et al.)

He was a colorful figure, full of joy and life, and once told me that when he worked as a perfusionist, he had the opportunity to hold a living human heart in his hands and felt the true magnificence of Life. 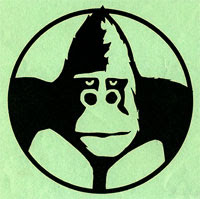 If you view my Blogger profile, you'll see a couple of Favorite Movies listed of which you have never heard: Tarzini of the Garbanzo and Mission: Imbroglio. You won't find them listed on IMDB and (until my profile) a Google search would turn up nothing (Tarzini) or coincidental couplings of the two words "mission" and "imbroglio" (although there seems to be a foreign film trailer of that name).

The two films -- and several others -- were the creation of a "studio" called Gross Gems. What was Gross Gems? In the late 1960s/early 1970s, a bunch of high-school guys in the Los Gatos-Saratoga area (one-horse towns back then, but now "wealthy suburbs of Silicon Valley") somehow got hold of a 16mm camera and proceeded to create a handful of one-reelers that spoofed the culture of the times. While I remember Tarzini (a great take-off on every Tarzan film ever made) and Imbroglio (a dead-on satire of Mission: Impossible that predated anything the Abrahams/Zucker trio ever did), they also created Utter Confusion, Jet Car, Golfer, Scramble, and more. I had seen some of the films at our high school (I think) and then, most memorably (since I kept the program book) at Villa Montalvo, a ritzy arboretum in Saratoga.

I remember the night well (or do I? Time may have played with my memories). It was my first date with Terry Sicular, and my dad drove us there. I had overcome my shyness to ask her out because I suspected she would appreciate their wicked humor. I must have been a good judge of intelligence, because I Googled her name recently and discovered that Dr. Terry Sicular is a globe-trotting economist at the University of Western Ontario! She's written tonnes of articles about China.

The show consisted of the Gross Gems films interspersed with "Gross-Outs" -- short blackout skits with titles such as "Snake-Charmer Gross-Out" and "Rod McKurihanihanO'Clancy Gross-Out". I recall them being amusing-to-hilarious and alternating very well with the films.

(After the show was over, I tried calling my parents to pick us up, but the phone was busy -- this was long before call-waiting. So the curator of the arboretum drove us down the hill to the gate, racing at breakneck speed and honking loudly at every curve. Terry and I looked at each other as if we might become a headline in the Los Gatos Times-Observer about the fatal dangers of the Montalvo access road.)

My favorite line from Mission: Imbroglio was from the opening scene in which the Jim Phelps-type is receiving his orders from the tape recorder, which reminds him that "...if you or any of your IM force is caught or killed, the secretary will miss you guys around the office."

I just wanted it on the record that the Gross Gems films ought to be resurrected, digitally restored, and made available to the world. They were that funny.